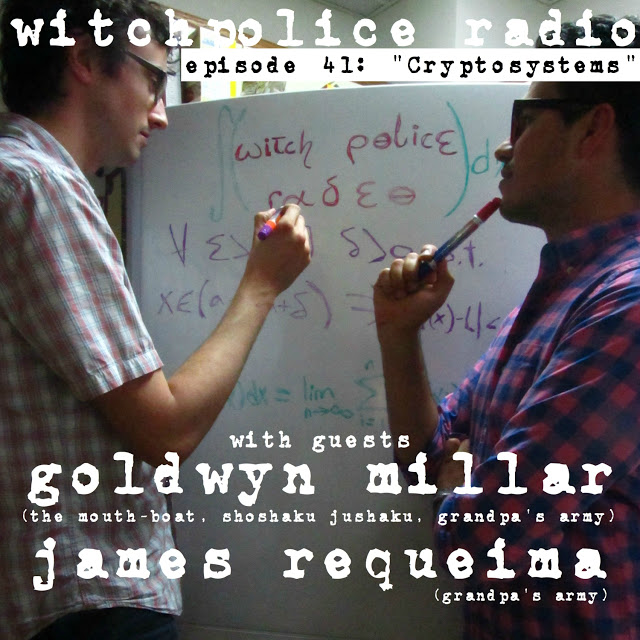 00:00 / 01:29:52
Apple Podcasts Overcast Stitcher Pocketcasts Google Podcasts Spotify Castro
RSS Feed
Share
Link
Embed
This week's episode features a couple of out-of-town guests, former Winnipeggers Goldwyn Millar and James Requeima. While they're now in Ontario and Quebec, respectively, doing math-related work (hence the theme of "mathematics"), these fellas started out back in the late 1990s as members of Grandpa's Army (with Witchpolice Radio co-host Sam and a million other people), and Goldwyn went on to play in The Mouth-Boat (with Sam and co-host Jon) and Shoshaku Jushaku (with Jon, but co-hosts Sam and Rob appear on the record).
...so, as usual, everything is very interconnected.