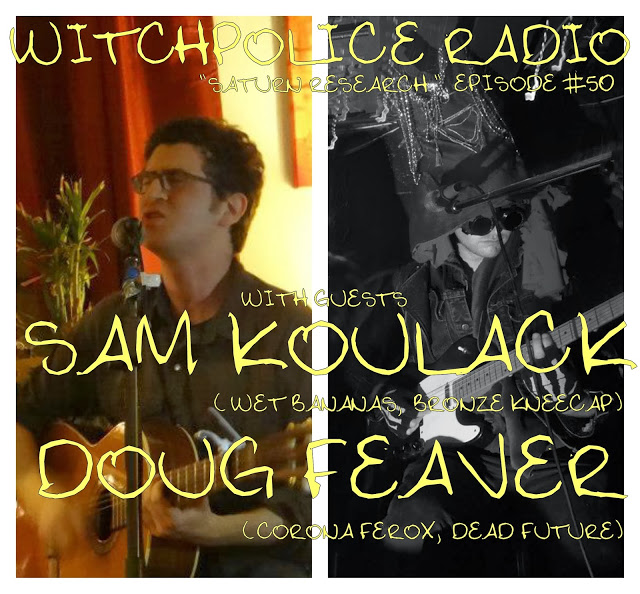 Due to a last-minute scheduling conflict with our anticipated guest (who will be on a later show, so stay tuned), we turned to past guest Sam Koulack of the Wet Bananas, who also happens to be co-host Jon's roommate. Sam was, thankfully, available, so he took on the job without any advance preparation for the "pyramid" theme this week.

If that wasn't enough, we also tried out a major new initiative this week and had a guest on the show from all the way in Montreal: Doug Feaver of Corona Ferox and Dead Future. Doug called in to the show and talked about his recent touring, recording etc., and the ability to talk to non-Winnipeg guests (very clearly and in high quality, too) opens up a lot of doors for the next 50 episodes of this show.