I had a great conversation with 'punk/indie/twee/screaming/who knows' duo Poodle Paddle, about finding the sweet spot between heavy and soft, playing house shows, changing their vibe (and number of band members!) from show to show, and the power of DIY.

Stay tuned. Very cool new band. I dig. You will too.

Huge thanks to everyone who supports the podcast on Patreon, like our newest patron, Sammy D (who will get an on-air shoutout next episode)! You can help out for as little as $1 a month if you like the show and want to throw some change in the guitar case! You can also throw a one-time tip via Buymeacoffee. This week's guest, rapper E.GG, was involved in two of 2016's best local albums -- 3Peat's debut EP and the more personal, contemplative Alverstone, a solo joint that snuck in at the end of the year and gets better with every listen. We hung out after-hours in a barbershop to chat with E.GG about how his upbringing in Winnipeg's West End neighbourhood shaped him as an artist, his goals for both 3Peat and his burgeoning solo career, and his desire to introduce Alverstone and his unique storytelling style to listeners outside of the local rap scene... beginning with a solo show Feb. 10! ... 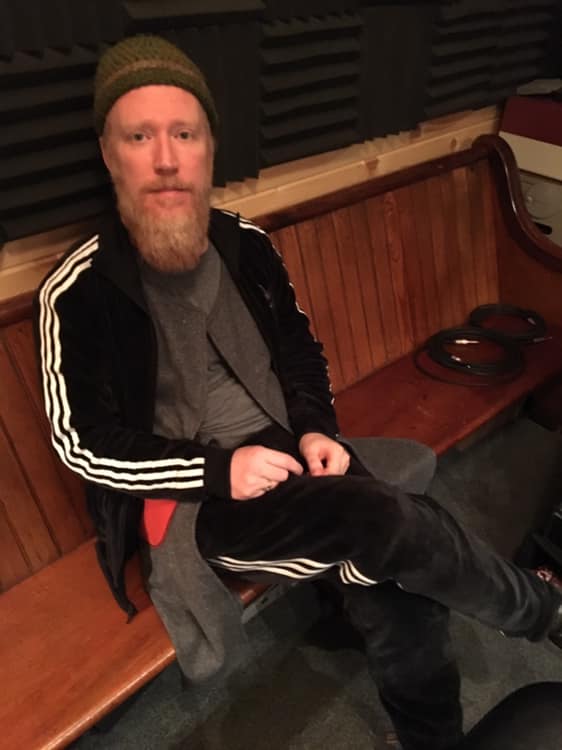 Singer-songwriter [Scott Nolan](http://scottnolan.ca/) is set to release his debut book of poetry, *Moon Was a Feather*, with a launch event [April 5 at McNally Robinson.](http://www.mcnallyrobinson.com/event-17161/Scott-Nolan----Book-Launch#.XI2-9yJKjIV) We talk about the inspiration behind the book, the differences between writing poems and writing songs, how he found a place of peace with his creativity after years of struggling with the music industry, and much more. This episode was brought to you by our friends at the [SUNWOLF](http://thesunwolflabel.com/) label, who are releasing the debut by Katie & the Wolves March. 22, as well as by Winnipeg’s finest venue, [the Park Theatre](http://myparktheatre.com/). Thanks to everyone who has supported the podcast thus far. Thanks to supporters like you, we can keep churning out interviews twice a week! If you like the show, please head down to [patreon.com/witchpolice](http://www.patreon.com/witchpolice) and for as little as a $1 month (less than 12 cents an episode), you can help keep the lights on! ... The always-outspoken Braedon Horbacio of local pop-rockers [Panicland](http://www.instagram.com/panicland/) is back on the show! It's a conversation about the band’s upcoming new music, their industry experience in L.A., and the [album they recorded](http://www.youtube.com/watch?v=HgbAAuDLutY) in the style of Green Day as a prank, which hundreds of thousands of Green Day fans were convinced was the real thing! This episode is brought to you by our friends at [the Park Theatre](http://www.myparktheatre.com/), [House of Wonders](http://houseofwonders.online/), and [Jared Adams](http://tragicnostalgia.ca/). Huge thanks to everyone who supports the podcast on [Patreon](http://www.patreon.com/witchpolice). You can help out for as little as $1 a month if you like the show and want to throw some change in the guitar case! ...